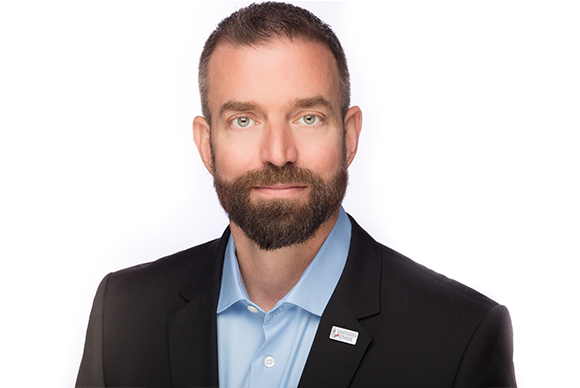 Owner, Founder, & Chairman of the Board

Jared Shepard is the Owner, Founder, and Chairman of the Board of Intelligent Waves, an end-to-end information technology solutions provider to public and private clientele worldwide. Since founding the company in 2006, he has grown Intelligent Waves from a two-man team into a thriving and award-winning organization with over 200 employees.

Jared has more than 20 years of information technology and federal services experience. He served in the United States Army from 1996 to 2002 as an infantry and communications NCO, using the lessons of Army leadership and values as the foundation for all he does today. Following his time in uniform, he became the lead technical planner for III Corps, U.S. Army. During this time, he deployed in Operation Iraqi Freedom for CJTF-7 and MNC-I from 2003 to 2005 where his contributions aided in the design and execution of the commercialization efforts of the U.S. built Iraqi network infrastructure. The extensive knowledge and experience gained in his role helping establish the Joint Task Force, and Multi-National Force was the catalyst for establishing Intelligent Waves. Intelligent Waves’ first mission was to support the initial technical design and deployment of what became the global U.S. Counter-IED Mission. In addition to his military service, Jared has spent nearly 4 years deployed alongside the men and women in uniform of the U.S. Military in Iraq, Afghanistan, Yemen, Africa, and other austere locations.

As a veteran, a business owner, and American, Jared has become an outspoken advocate of military service members, veterans, and their families. With veterans making up nearly half of the organization’s workforce, his veteran hiring initiatives have earned Intelligent Waves multiple recognitions and awards including ranking as one of Washington Business Journal’s Largest Veteran-Owned Companies in 2021, Department of Labor’s 2021 HIRE Vets Gold Medallion, and ranked as a Washington Post’s Top Workplaces 2022,

Jared is also the Founder and Director of Warriors Ethos, a 501(c)(3) nonprofit organization, dedicated to providing transition assistance in the career planning, professional development, and placement of wounded service members, veterans, and their families, and supports numerous veteran-focused foundations. He donates the operational cost of Warriors Ethos thereby ensuring that all external donations to Warriors Ethos go directly to Warrior Placement programs.

He was named EY Mid-Atlantic Entrepreneur of the Year 2020 and a top finalist for GovCon Executive of the Year 2020 by NOVA Chamber of Commerce and Professional Service Council (PSC). Jared is a CISSP and Cisco certified technologist, a trusted industry leader, and a passionate philanthropist.